OUI Technology helps companies to make their products and services accessible to the widest group of customers.

It is estimated by WHO that full 15% of population is affected by disabilities which make their life harder. The group of children and seniors who face their own specific obstacles is even bigger.

Every single customer has someone like this in their family, someone about whom they care.

Whether products and services of a company are friendly to such groups of people makes a big difference.

Have you ever been struggling to use your smartphone under direct sun, to read small print letters during a shaky car ride or to listen to something in a noisy environment?

Due to environment conditions and other circumstances, all people routinely find themselves in situations which put them into the shoes of a person with a disability.

Therefore adapting products and services to people with disabilities improves the final experience for all customers.

3.6% of customers suffer from vision problems even despite wearing the correct glasses.

There is a great variety of visual problems that different people experience.

Among those are a blurry or shaky image, inability to read small text and to recognise details, over-sensitivity to light (and light backgrounds), difficulty in perception and navigation due to not being able to see the whole but only a tiny portion of it and other problems.

Good non-intrusive ways can usually be found to address such needs and to make a product friendly.

0.6% of customers are blind and experience products in a completely different way which can be either good or bad.

Blind customers use alternative methods of doing things which are based on hearing and touch rather than sight and they often rely on modern assistive technologies for this purpose.

The big difference is whether the particular product in question offers compatibility with such technologies.

This is hardly evident at first sight for a seeing person, but it makes as big difference for a blind person as is between chalk and cheese.

Support for assistive technologies is something that can be added to an existing product.

4% of customers have real trouble understanding written text due to dyslexia.

Dyslexia is not about people who failed to learn how to read and write in school.

Although symptoms vary in different cases, people with dyslexia report troubles in understanding words because letters seem to be swapped in them or lines seem to be moving and waving in front of them when reading longer texts.

Since texts often look different from what they really are, individuals with dyslexia also often have troubles in typing text correctly and other people can easily mistake that for them being uneducated or reckless.

Various non-intrusive improvements can help people with dyslexia greatly – the inclusion of illustrative images, adjustments in the formatting of texts, provision of a spell-checker or auto-filling forms.

Such improvements usually make life easier for all other people as well.

2.5% of customers have trouble operating websites or products due to motor difficulties with their hands.

The most common difficulty is loss of precision in actions performed by hands, for example, touching a product interface at a rigorously defined place or performing a multi-finger gesture. There are also more serious cases such as the inability to use hands at all.

Modern assistive technologies make it possible to operate everyday products such as common mobile applications (think YouTube, Skype, Facebook, ...) even if the person is able to operate only a single switch, e.g. by pressing it with a foot or even just by blinking an eye.

This does not require to rework the product from scratch, but to include rather subtle adaptations to the existing product that make it compatible with these assistive technologies.

5% of customers experience the effects of various types of colour blindness.

Colour blindness is the unability to distinguish between certain colours and their shades, most commonly red and green or blue and yellow. Some people only see in grey.

This makes it difficult to understand colour-coded information, e.g. on charts or when trying to distinguish between red and green underlines in text. Due to the same reasons, contrast also sometimes gets lost and text may become unreadable.

The remedies are not to rely on colour-coding only to convey information, to ensure that contrasts are sufficient or to provide simple alternatives.

OUI Technology works by advising and assisting companies to adjust their products and services in such a way that makes them friendly to everyone. OUI Technology is also ready to employ its software development capacities where needed.

The Benefits of Caring for Everyone 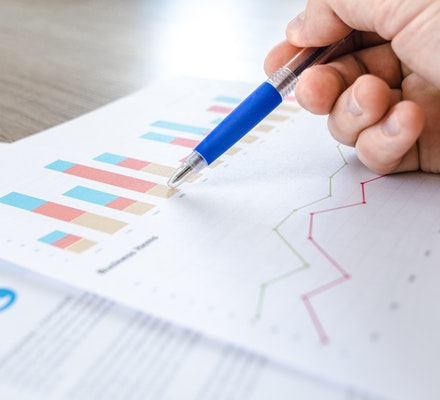 Being known as the company who is friendly to its customers and whose products are easy to use is very important.

You can leverage your work towards accessibility efforts to gain positive publicity. 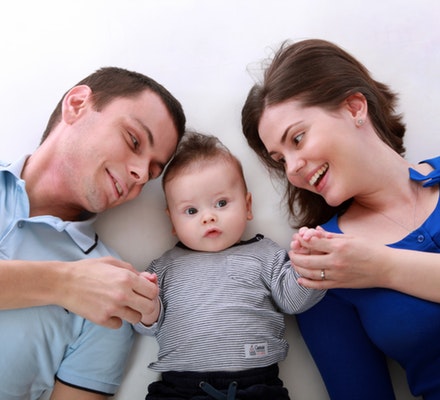 The economy of the disadvantaged is big. It is estimated that billions of pounds revolve in it just in the UK.

By attracting all these customers, your business can get a competitive edge. 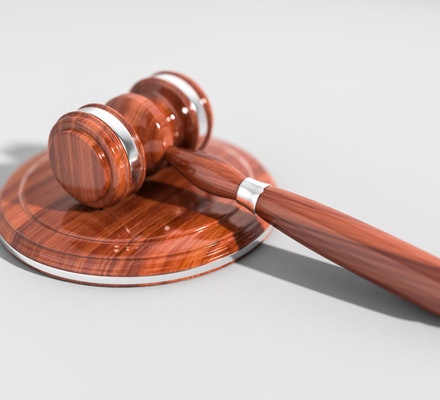 Staying behind means the risk of litigation as well as loosing customers for whom compliance is important.

Some of the regulations that cover products and services sold by businesses are:

Such regulations require companies to make reasonable adjustments to their products and services (including websites) to accommodate the needs of people with disabilities. Such regulations also usually require businesses and organisations to act proactively and anticipate the needs of people with disabilities rather than just waiting for complaints to arrive, by which time, it may already be too late to avoid a dispute.

There are also international industry standards which companies are expected to fulfil such as WCAG 2.0 for websites.

We listen to your specific needs and always adjust and tailor our services to your particular situation.

We will take you through the process, assist where needed and help you set up internal processes making sure you keep designing accessible products even in the future.

We usually begin with an analysis of requirements and/or testing of the targeted products and services both against existing accessibility standards and with real disabled testers. We then produce a conscise narrative report with concrete suggestions on how to improve.

We can develop applications and implement technical changes in your services and products directly in our own capacity or we can advise, train and guide your technical staff through the improvements that are needed.

We can offer professional service and full confidentiality.

20 years of experience in accessibility.

We are experienced developers, prepared to get our hands dirty to develop and fix things.

We do web, mobile and desktop applications. 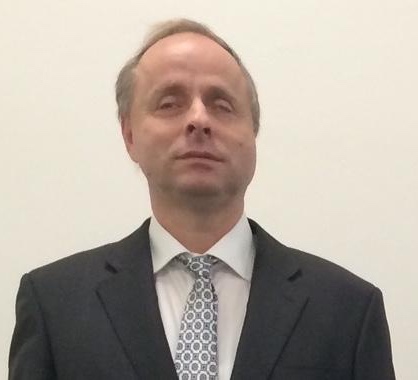 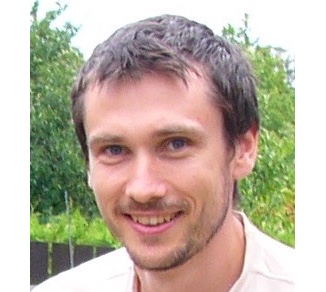 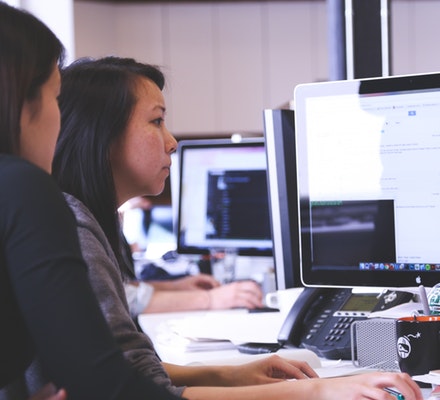 We provided accessibility audits, bugreports and technical assistance with fixing issues for companies and organisations such as Apple Inc., Mozilla Corp., Wikimedia Foundation or RNIB. 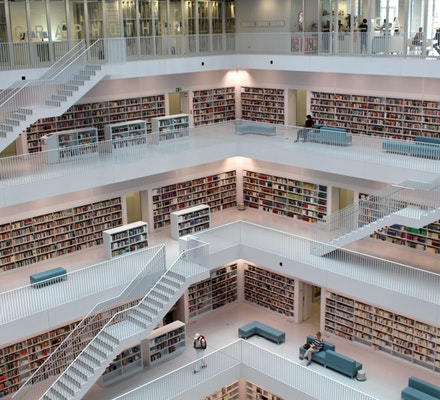 We built an accessible web digital library system with integrated online audiobook playback which is now used by more than a thousand visually impaired people. 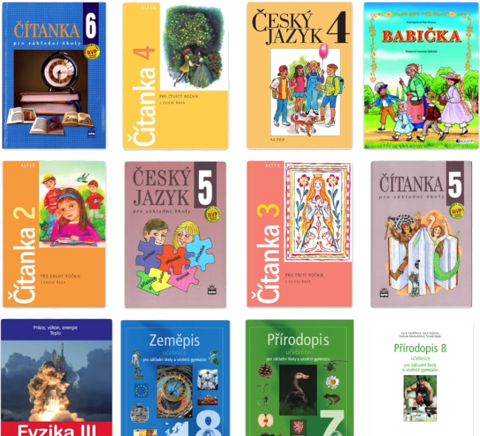 We developed a content production system BOOKOO which allowed us to create 100 accessible textbooks for schoolchildren which can be printed in braille, large print as well as read in their accessible form online on modern electronic devices. 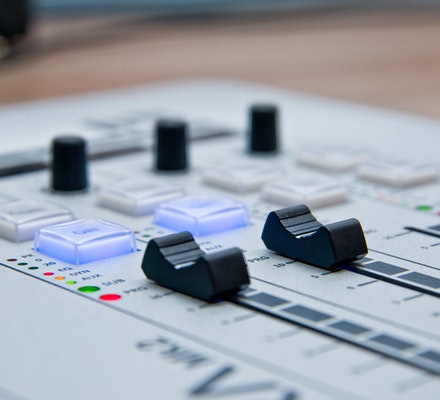 We developed this piece of core accessibility infrastructure which handles the presentation of sound and voice messages for blind users on GNU/Linux systems.